“The most important thing in communication is to hear what isn’t being said.” — Peter Drucker 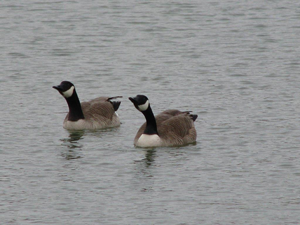 Are animals more in sync with each other than human-beings?

Language development definitely has its benefits, but non-verbal communication is the foundation. It is a foundation that is often over-looked and under-valued.

Not being able to speak is different than not having anything to say. When an individual has communication challenges, supporting and encouraging that individual to express him/herself can be a rewarding experience for everyone involved.

A quick review of how to develop this:

The Power of Actions 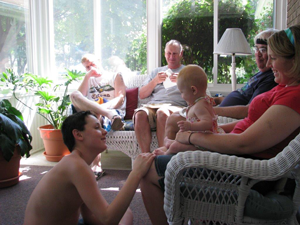 Actions are how we integrate our mind and spirit with our bodies. They are how we explore our world. Interactions with each other are the means by which communication skills develop. People do not learn fluent language skills through one-way input, such as tapes or books. They may be able to pick-up some words or phrases in this manner, but communication skills are developed through the use of language in social situations. Actions can be both mental and physical, some of which include:

Where It All Begins

It is known that with infants, language development is established within the context of a caring, reciprocal relationship between an infant and an adult. First “conversations” can be described as a dance – Momma talking to baby and expectantly waiting as the baby responds through steady gazes, whole body wriggles, smiles, and crude vocalizations. The process typically progresses naturally over the first couple of years or life, bringing forth a verbal explosion of new words and phrases. The formula can roughly be described as follows:

Does the Process End?

As an adult writing this paper, I am using the process. I am using my experiences and emotions (actions), reflecting upon these (thoughts), and searching for how to write (words) what I am trying to say in a way in which you can understand. While writing allows for more trial and error (I can simply change whatever doesn’t come out right), learning to verbalize ones thoughts and feelings can be challenging at any age. It can also be challenging for many reasons.

The great news is we don’t really have to know exactly. Reading through the “Four Reasons Interaction Can Be Difficult” in chapter 1 and combining it with the actions > thoughts > words equation, one can easily see there are many possibilities. What’s most important is that the equation makes it clear how we can support and connect with individuals who are not yet talking. Start at the beginning -through actions! Engaging in a non-verbal dance can create the foundation necessary for the progression of language skills in an effective, respectful way.

Another reason it’s beneficial to focus on the observable, non-verbal actions is that there may be a mind/body disconnect. Many books written by individuals with autism describe their body as feeling like a different entity that is out of their control. They describe feeling as though their body has a mind of its own.

When my son Jake was a toddler, I remember him grabbing my hand and toddling to the kitchen in front of the fridge. I opened the fridge asking him, “What do you want Jakey?” He opened his mouth and jerked his arms wildly. No sounds came out. This scenario repeated a couple of times, got a confused look on his face, and toddled off. It seemed to me as if the words were getting lost somewhere. Visiting my Grandma in the hospital shortly after she had a stroke was interesting a similar scenario. I was in the room with her when she began reaching towards a cup and opening her mouth. No words came out, and her eyes revealed how puzzled she felt. She couldn’t reach it, so I go up to get it for her. Meanwhile, she kept trying to say something, and looked extremely perplexed at her total inability to do so. The next day, much to both of our relief, she was able to talk again easily. I asked her if she remember the day before, when she was trying to tell me something, and it wouldn’t come out. “Yes,” she nodded, “That was so frustrating!”

By focusing an individual’s actions we are making it easier for them to be understood vs. pressuring them to speak. Encouragement and pressure are different. If we need a person to perform or respond to be happy with that person – that’s pressure. Believing in the possibility of a person’s ability to breakthrough his/her challenges but being happy with him/her regardless – that’s encouragement. Pressure is trying to manipulate from an outside force, encouragement seeks to light the fire within.

Encourage v. – 1. To inspire; to impart courage or confidence to; embolden; hearten. 2. To give support to; foster. 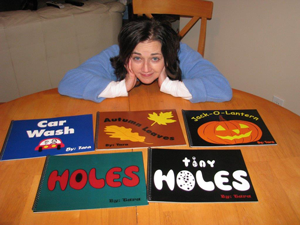 Children who have autism and/or other challenges require extra support not only in developing language, but also in developing the social connections from which communicative language develops. Once a child reaches a certain age, say 4 or 5, we tend interact through more directive instructions and targeted questioning vs. child-directed play. The adult’s role tends to be more of a director.

Acting as if the child’s actions and sounds are communicative and meaningful is apparently important with infants, but all too often ignored with older children who are experiencing extreme development delays. Why?

Flexible, fun tools are important, but the key ingredients to interaction are relationships. Compassionate, sensitive people can make a huge difference in the life of a child. Interaction starts with action, this is where we begin. Are you ready to ACT?!?

Once you have established a supportive mindset (as described in the first 3 chapters and reviewed earlier), you are ready learn the details of relational learning therapies:

The next chapter will explain these foundations in greater detail. Be ready to rock!!!!