Is Autism Genetic? It’s NOT a Fight, It’s Our Future

Is Autism Genetic? It’s NOT a Fight, It’s Our Future 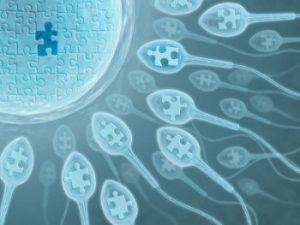 Is autism a genetic condition?

The scientific evidence definitely shows genetics are involved. The fact that males are diagnosed at a ratio of 4:1 to females points to a genetic piece. Identical twins having a higher concordance than fraternal twins also shows genetic significance.

Genetics are not the end of the story, however.

The more important question in regard to the genetic piece of the autism puzzle is “Now what?”

I have no problem with science trying to understand and explain the possibilities of genetics’ role in regard to the current increase in autism we are having. As long it’s not being used as an excuse to dismiss society’s responsibility in the matter. Please, do not dismiss autism as if there is nothing that can be done due to the genetic piece of the puzzle.

We ALL have genes. Obesity, freckles, near-sightedness, hair color, diabetes, – genes play a role in just about everything. That does not, however, mean that there is nothing that can be done about the number of children who are struggling to master even the most basic daily functions.

My son is 13, and he has to work extremely hard to express himself, understand others, and keep his body/emotions from spinning out of control. Things like eating with utensils, washing his own hair, and writing his name are challenges equivalent to climbing Mt. Everest for him. I don’t think he understands why either, and I believe he wishes things were easier.

Still doubting there is an actual increase? The latest study out of California represents what is going on in at least one state. Over the past two decades, autism has increased twelve-fold, which is over 1200 percent. In contrast, the general population of California only increased by 27 percent. These statistics only included individuals diagnosed with classic autism and did not even count those with Asperger’s or other diagnoses on the spectrum.

Other increases included: mental retardation by 95 percent, cerebral palsy by 73 percent, and epilepsy by 66 percent. Such increases show that we can not relegate autism to genetics alone and disregard what can be learned from this information – let’s please open our eyes! We are talking about human beings, not statistics.

Articulate individuals with autism firmly defend the genetic piece to their condition. I can certainly see why. If the entire world is continually saying there is something wrong with you, I’m sure if feels great to understand that there are reasons why you’re experiencing the world differently than others seem to be.

To individuals on the spectrum who think differently and who can not conform and fit in as easily as it seems others are able to, let me share from the other side of the fence – being able to conform is not necessarily beneficial for anyone.

Many undiagnosed individuals express feelings of inadequacy, experience relationship challenges, chronic health issues, and a desire for anti-depressants and anti-anxiety meds. Some people just seem to be better at stifling their inner world so they can concentrate on fitting in socially. Maybe it’s time for a shift in thinking for everyone.

The term “autism” encompasses such a large span of symptoms, and is behaviorally diagnosed only – I do want to clarify my position. I do not mean we need to fight or overcome autism. The individuals with autism who can easily express themselves, those are the people I want to talk to! Anyone with autism can teach us a lot. My son has to struggle to communicate his thoughts to me.

I am not trying to overcome his autism per se, but I would like to help him overcome the communication barriers he is experiencing because I know he wants to be understood! Improvement and/or recovery for individuals with autism simply means the symptoms resulting in the diagnosis are no longer observable or at least have lessened quite a bit.

Finding that autism may be a genetic condition does not diminish the possibility for improvement of debilitating symptoms. It happens, I’ve seen it. Video tapes of children before and after various treatment plans are undeniable evidence, or those toddlers deserve an Oscar!

God made us each unique for a reason. We all have gifts to offer. I believe society could do a lot better in supporting and encouraging one another in the expression of their gifts. As it is now, we seem to be focusing on trying to force individuals with autism to conform to the non-autistic “real” world.

Instead, I think it would be best if we could support individuals in ways that respect and appreciate their individuality and passions. Helping individuals build relationships is a two-way street, as interaction always is. Society needs just as much work and support as the individual with autism does:

Environmentally and nutritionally, there are changes we could all consider that would benefit everyone. As Pottenger’s cat study shows, each generation weakens when basic nutritional needs are altered or not met. Whether we are talking autism, athletic talent, mental giftedness, diabetes, aging, etc. etc etc..; these changes can make a drastic difference in the quality of one’s life.

Those of you on the spectrum voicing your rights to be exactly who you are, I applaud you. You have been pushed around long enough. You are our real world now, and I feel blessed to be learning your perspectives. Please respect my right to speak up regarding the environmental piece to the autism puzzle.

When a condition is found to be genetic, it does not excuse society from providing a free and appropriate public education, health care that meets the unique needs of the individual, and a conscious effort to eliminate ignorance and prejudices.

Genetics does not excuse society from learning the possibilities behind the rapid increase of diagnosed cases, and the reason autism affects some children, such as my son, to such an extensive degree.

We can learn compassionate, effective ways to support individuals no matter what their diagnosis. We can each take responsibility for our own beliefs and actions to create changes that will improve the health, functioning, and quality of life for everyone. It is our future